FOCUS is funded by the National Institute for Health Research via the Health Technology Assessment program for four years. FOCUS is sponsored by Greater Manchester West Mental Health NHS Foundation Trust. Having started on 1st December 2012, FOCUS will run until 31st November 2016.

Please note that FOCUS has now reached its recruitment target and is no longer accepting new referrals.

The FOCUS trial is assessing whether cognitive behaviour therapy (CBT) is an effective treatment for individuals who have experience of psychosis and whose symptoms have been unresponsive to the anti-psychotic medication ‘clozapine’.

FOCUS has recruited 487 participants to the trial, exceeding its cumulative target of 485 across all sites and making it the largest CBT for Psychosis trial ever conducted. All of the participants who were recruited are aged 16+ and either have an ICD-10 diagnosis on the schizophrenia spectrum OR who have met entry criteria for an Early Intervention in Psychosis Service. In addition, participants had to have had received an adequate dose of clozapine at 400mg or more (unless limited due to tolerability/ side effects) for at least 12 weeks OR had discontinued clozapine within the past 24 months. Those taking a second antipsychotic were still eligible for the FOCUS trial as long as they had been trialled on this second antipsychotic for at least 12 weeks. All participants were experiencing difficulties in relation to psychosis at their point of entry into the trial.

In order to answer the research question, participants who consented to the trial and were eligible were randomly allocated to either treatment as usual, which means they continued on with their usual care OR treatment as usual plus CBT. Those participants who were allocated to CBT were offered up to 30 sessions of CBT over the course of 9 months. In addition, all participants were asked to meet with a research assistant for a follow up appointment at 9 months and 21 months. We endeavour to meet participants at a location that they prefer and participants receive a £10 token of appreciation at the initial appointment, 9 months and 21 months appointment. In addition, as a token of appreciation, participants receive four £5 gift tokens over the course of their involvement with the trial.

The trial is being conducted across five sites in the UK: Hampshire, Manchester, Newcastle, Glasgow and Edinburgh with Prof Tony Morrison as the Chief Investigator. 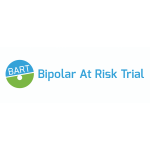