A Pilot Study To Evaluate The Feasibility Of Metacognitive Therapy As A Treatment For People With Experiences Of Psychosis.

Metacognitive therapy (MCT) is a form of therapy that focuses on unhelpful thought processes that are thought to underlie and maintain emotional distress. This includes perseverative processing such as worry, rumination, focussing on threat and attempting to control thoughts and intrusive experiences. These processes are linked to metacognitive beliefs, or the beliefs that people have about the usefulness and/or uncontrollability of such processes.

In contrast to traditional cognitive behaviour therapy (CBT), MCT encourages a detached awareness of thoughts and intrusions, and increases awareness of the control that a person has over their thoughts and internal experiences. The therapy has previously been evaluated and found to be effective for problems such as anxiety, depression and trauma. Research using specific components of MCT in people with psychosis have found preliminary evidence that the approach may be useful in reducing psychotic symptoms and distress.

For example, attention training (a technique that aims to enhance flexible control over attention to disengage from worry, rumination and threat monitoring) appears to be useful in reducing auditory hallucinations and increasing perceived controllability. In addition, worry interventions appear to be helpful in reducing persecutory ideation and distress.

The study found that MCT was an acceptable treatment for people with psychosis. The findings indicated there was a clinically significant reduction in symptoms of psychosis at the end of treatment (9 months) and follow-up (12 months). The study has been published and is available online HERE 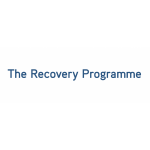 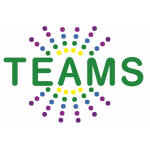